The much-anticipated sequel to Love Always, Kate definitely doesn’t disappoint! You can read it as a stand-alone, but do yourself a favor and read Kate’s story first to find out why Damian is such a hot mess. I really can’t say too much about the story line for either book as readers deserve to discover everything for themselves and I don’t want to give away spoilers. Suffice it to say that Damian is a troubled young man and doesn’t deal with his pain in the most productive way. Readers should be aware that Damian’s story is pretty explicit, so be warned. 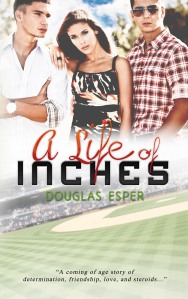 A Life of Inches by Douglas Esper

I really liked that this was a very different kind of book. I am not a sports fan, but this well-written novel took me inside the world of minor league baseball as it tells the story of Ryan, a pitcher trying to make it to the majors. He is a lovable, yet fallible character who suffers from a lack of confidence. It is quite an epic story, spanning from high school through his thirties as he deals with a serious shoulder injury and tries to win Molly, the girl of his dreams.

It is definitely not my normal sort of book and I have to admit most of the baseball stuff made little sense to me, but the characters were interesting and the story was well-told. I would like less baseball and more character development, but that’s a personal taste issue.

Esper is a wonderful new addition to the sports novel genre. I recommend this book, especially for sports fans. 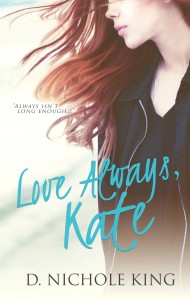 Let me start by saying I don’t usually go for heart-wrenching chronic illness stories, but this one is an exception. King’s characters reached out and grabbed me in such an elemental way that I simply clutched the Kleenex box and kept reading. There was ugly crying involved. Kate is a wonderful protagonist and manages to draw you into her story and struggles so you feel like you’re there with her. And Damian. I don’t even know where to start with him. He’s such a wonderfully flawed and deeply disturbed guy. I am so worried about him and can hardly wait to read the next book in the series.

“You can never get a cup of tea large enough or a book long enough to suit me.” – C.S. Lewis